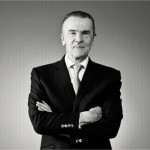 DAMAGE TO THE REVERSION

One of the four valuers in Sportelli4 – the leading case on deferment rate.

The landlord’s valuer in Arrowdell5, which addressed leasehold relativity.

One of several valuers in the Nailrile6 series of cases, dealing with leasehold relativity and the valuation of intermediate landlords’ interests.

An RICS Registered Property Receiver and on the Council of NARA. Drafted their Guidance Note 19 on the Receiver’s role as landlord and Guidance Note 12 on leasehold property. Manages the cyclical updating of all other Guidance Notes.

A proponent of value investment in property, and a small investor.

Practising as Beckett and Kay in partnership with Richard D Kay FRICS, initially in the West End of London, latterly in the City of London. Specialising in landlord and tenant, property management and specialist valuation work. Particular emphasis on damage to the reversion in dilapidations cases, leasehold enfranchisement, and recovery (with a landlord and tenant component).

Own property business in property trading, investment and development.

Partner (later senior partner) in Becketts, a firm of residential Estate Agents with six offices based around Harrow. The business was sold to Hogg Robinson in 1987. Responsible for the overall management of the business and for all the firm’s professional and commercial work.

Most Searched For Topics